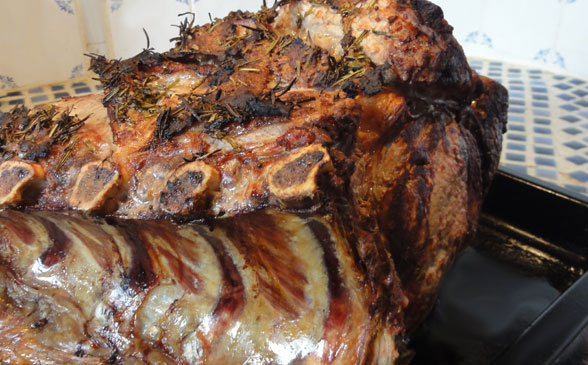 This ultimate beef rib roast is sure to impress your guests and is ideal for large family get-togethers, special occasions or an alternative to the Christmas Turkey. The very special joint draws extra flavour from the bones as it cooks and the cooking aromas are divine!

The recipe below is based on our 8.5 kg joint that we cooked so vary your cooking times and quantities depending on the size of your own joint.